Listen: Disclosure team up with Nile Rodgers on ‘Together’

In the not-too-distant future the year 2013 is destined to be referred to as the year that heralded the great ‘funk disco’ revival. If any one man is responsible for that it’s Nile Rodgers (followed pretty closely by Pharrell), thanks to his work on Daft Punk’s very funky and very disco-y Random Access Memories and his festival-stealing gig with Chic at Glastonbury.

Now, anyone who’s anyone is wanting to work with the disco veteran – including Disclosure, who have today shared the fruits of their recent recording session with Rodgers in the form of the glitchy, groovy and hypnotic ‘Together’.

Listen to ‘Together’ below:

And here’s a nice pic of them all in the studio together: 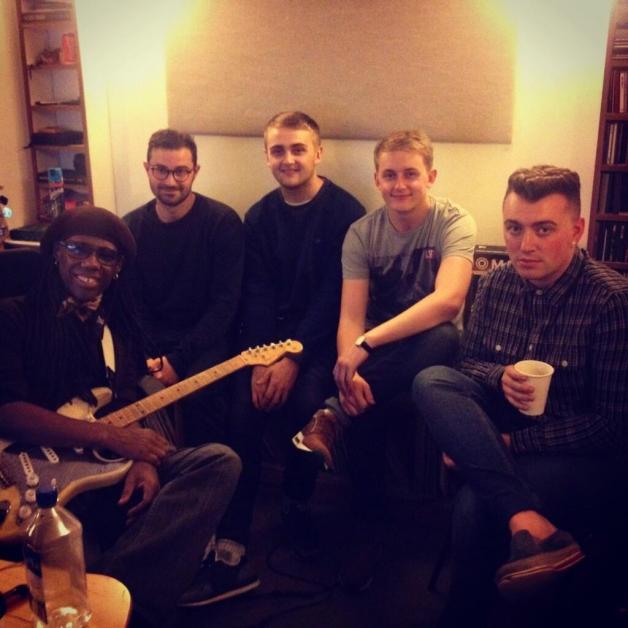