Coldplay new single review – Every Teardrop Is A Waterfall 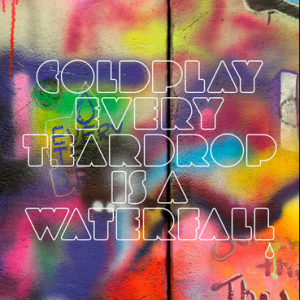 Coldplay – Every Teardrop Is A Waterfall

Finally, the wait is over and the single we’ve all been looking forward to with baited breath has arrived! Okay, maybe not – but even in these musically diverse and disjointed times a Coldplay comeback is still something to, if not get excited about, at least make us curious.  Have one of the biggest selling bands of the last decade absorbed all the different musical genres that make up the ‘mainstream’ and come up with a radical, attention-grabbing new direction for the new decade? Or have they decided not to mess with all that fiddly ‘dubsteppy electro stuff’ and stuck to what’s served them well in the past?

Unsurprisingly, ‘Every Teardrop Is A Waterfall’ falls into the latter category and sees Chris Martin and co, for the most part, recycling that over-egged ‘epic’ schtick they’ve been peddling for too long.  There are a few interesting and redeeming aspects to ‘Every Teardrop Is A Waterfall’ though. The electro shimmer of the intro shows Coldplay are willing to try something a little bit different, but the early promise is promptly dashed when that familiar Coldplay tempo and faux-sincerity establishes itself and Martin starts his usual sloganeering.  This ranges from the slightly ridiculous (“I’d rather be a comma than a full-stop“), to the unconvincingly upbeat (“I turn the music up, I got my records on”).

The final two minutes are also nice, as the song swells up into something at least a bit diverting and compelling.  But the overall feeling when listening to ‘Every Teardrop Is A Waterfall’ is one of disappointement.  Coldplay have earned the right to take a few risks and pursue any musical tangent they want – unfortunately they seem content to stick to their own tired formula and expect us all to still be interested.

Check out ‘Every Teardrop Is A Waterfall’ here and let us know what you think of it in the comments: