Muse have today unleashed the artwork for their highly anticipated new album The 2nd Law, and here it is: 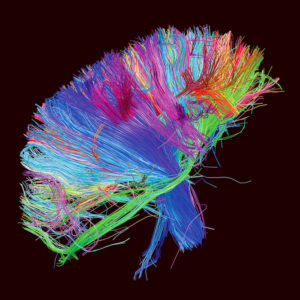 Yep, that’s a human brain you’re looking at. The image has been supplied by something called the Human Connectome Project, which does stuff with brain impulses and shows them in neon images, or something like that anyway. Pretty picture though, eh?

The 2nd Law is out on 17 September – watch the trailer.

The Devon trio also recently revealed some UK tour dates and released single ‘Survival’, which has been taken up as the official London 2012 Olympics anthem.