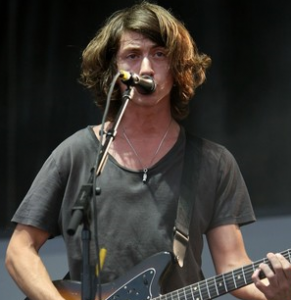 Arctic Monkeys front-man Alex Turner is set to release his first album under his own name next month. The collection of songs were recorded for the soundtrack to the film ‘Submarine’ – directed by long-time Arctic Monkeys collaborator Richard Ayoade.

A publicist for Domino Records, the Arctic Monkeys record label, told HitFix that the new album is set to be released digitally on 14 March and said the album will be a “completely separate release than the new Monkeys album.”

It remains unclear exactly what songs will feature on the as yet untitled album, but as the film, which premiered at the Sundance Film Festival, featured ‘Stuck On The Puzzle’, ‘Hiding Tonight’, ‘Glass In The Park, ‘It’s Hard To Get Around The Wind’ and ‘Piledriver Waltz’, it’s safe to assume they will appear on the soundtrack.

‘Submarine’ is a typically British film focusing on the ups and down of a Welsh teenager trying to lose his virginity while struggling to help his parents stay together – so it’s tailor-made for Turner’s real-life lyrical imagery and kitchen-sink sentiments.