Camden Crawl 2012 to be opened by Death In Vegas

Details for this years Camden Crawl have emerged today – with Death In Vegas confirmed as the headline act of the opening night of the marathon weekend long festival. The Camden Crawl spans across the numerous bars, clubs and venues of Camden and has become the unofficial curtain-raiser to the year’s festival season.

The Camden Crawl 2012 will take place over May Bank Holiday weekend (May 4 – 6), with Death In Vegas (aka. Richard Fearless, below) playing at the historic KOKO venue on Friday 4th. 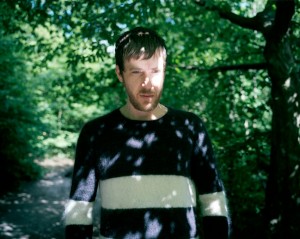 Early bird tickets for the festival have already sold out, but worry not – general weekend tickets and tickets to see Death In Vegas at KOKO are on sale now from here.

As always, the actual line-up of bands, artists and comedians playing Camden Crawl will be kept secret until the weekend itself – but the various curators of the festival can be seen at the official site.