The Arcade Fire promotional juggernaut shows no signs of relenting in the run-up to the release of fourth album Reflektor on 28 October.

Today the Canadian alt-rockers have released a trailer for album track ‘Afterlife’ – only a few days after the trailer for ‘Awful Sound’. This one is based in Haiti, where Reflektor was recorded, and features some very ambient instrumentals. From what I’ve heard of Reflektor so far it seems like it could either be a brilliant prog-rock epic or a weird and bloated experimental mess!

In other Arcade Fire news, they published the lyrics to four Reflektor tracks yesterday which are rendered in a kind of Bible-type format. Check out the lyrics for ‘We Exist’, ‘Here Comes The Night Time’, ‘Normal Person’ and ‘Afterlife’ below: 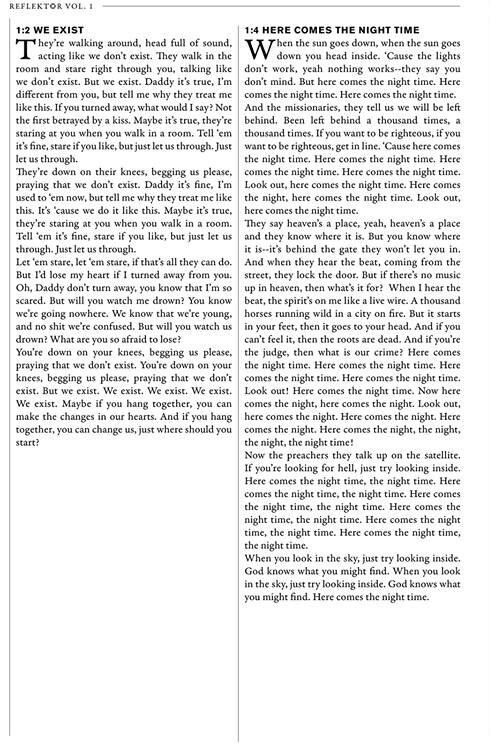 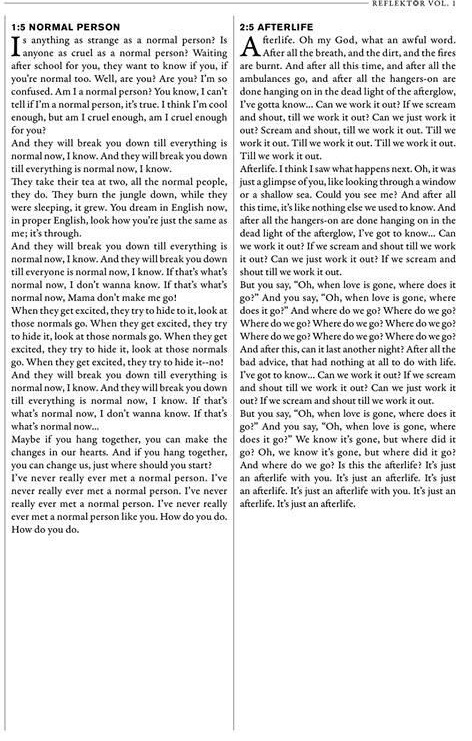