I didn’t go to Glastonbury this year, and it’s the first time I can remember not thinking ‘I wish I was there’ while watching the coverage on the BBC.

The weather played a big part in that – no matter how much people try to kid themselves that the mud doesn’t matter, it does. When the weather is bad the weekend becomes much more of an ordeal. It’s harder to move freely across the site, you can’t sit down anywhere and your tent becomes an inhospitable soggy mess.

So while it was definitely more comfy for me to be watching Glastonbury unfold sat on my sofa, it wasn’t just the inclement weather that kept the FOMO at bay. From witnessing the festival at arms length via the BBC and Twitter, I made a few observations about the current state of the world-revered Glastonbury Festival…

THE HEADLINERS ARE GETTING BORING AND PREDICTABLE

Nothing against Arcade Fire, Metallica or Kasabian – I watched each of their sets and didn’t find much fault with any of them. Metallica’s was a bit dull but that’s just because I’m not a huge fan. They all did a decent job and the crowd seemed to enjoy them. The issue for me is that Glastonbury doesn’t seem to be taking any risks with the choice of headliners anymore.

I know a lot of you will now start pointing to Metallica and saying they aren’t a traditional Glasto headliner, and that Jay Z a few years ago and Beyonce before that were both ‘risky’. But when you look at their careers before they headlined Glastonbury it’s clear that the organisers weren’t taking any risks at all. The criteria for headliners has shifted in recent years, and now only bands/artists that have had multiple number 1 albums and/or a track record for selling out huge arenas and headlining other festivals are considered worthy enough to grace the Pyramid Stage as headliners.

I’m not old enough to go full-on nostalgic with you, but I can remember when Glastonbury would occasionally roll the dice a bit and use the headline slots to help launch a bands career. When Radiohead headlined in 1997 their third album, OK Computer, had only been out about a month. Coldplay’s first headline slot in 2002 was widely regarded as the gig that made them, and that came a month before their second album A Rush Of Blood To The Head was released. Going further back, Oasis headlined in 1995 before their second album (What’s The Story) Morning Glory had been released.

It’s easy to look back in hindsight and say that Oasis, Radiohead and Coldplay were all destined to become huge stars anyway, but they were surely helped along the way by Glastonbury taking a punt on them before anyone else did.

That risk-taking was something that marked Glastonbury out as special. But now that they only let the huge, globe-trotting, mega-bands anywhere near the headline slots, a certain spark has been lost. I’m going to go out on a limb here and suggest that if the likes of Foals and The Horrors were around in the late 90’s/early 00’s then they would have headlined Glastonbury by now. Instead they’re lucky if they get onto The Other Stage before the sun goes down.

THE BBC PRESENTERS ARE GETTING WORSE 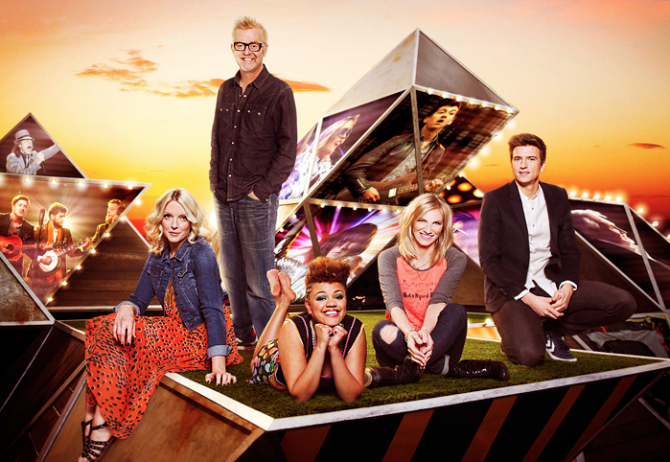 The late, great John Peel used to annoy me slightly when he was sat in the custom-built BBC studio in his shorts and his wellies, gushing about how great a time he was having and all the madcap people he was meeting. That was palatable though, because it was John Peel and he did a lot for the festival and had a real passion for advancing and promoting new music.

The current crop of BBC presenters have no such redeeming features, and their little pieces-to-camera throughout the weekend were just appallingly, nauseatingly bad. I don’t know about you, but when I tune into a Glastonbury highlights programme, I’m doing so to see some live music. I’m not that interested in watching a current/former/failed Blue Peter presenter walking around Shangri-La telling me how ‘different’ the ‘vibe’ is there and how they got lost in Arcadia for a full two hours last night and oh-my-God what a brilliant weekend I’m having at your expense!

Just stick to the music and leave the ‘reporting’ to people who actually know what they’re talking about.

WHAT MAKES ELBOW SO SPECIAL? 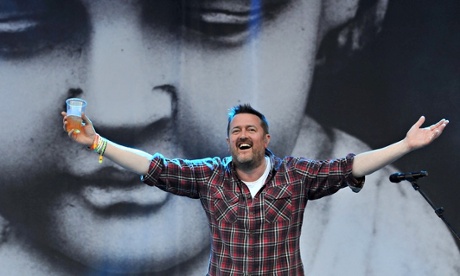 I’m not a big fan of Elbow – I find them a bit pedestrian and predictable – but I do acknowledge they have a decent-sized, hard-won fanbase. What I don’t get is why they not only always seem to be playing Glastonbury, but that they always get the prime-time, ‘sunset-slot’ on the Pyramid Stage. Most other bands of their stature get knocked about the bill a bit and will often find themselves playing earlier on The Other Stage or West Holts or whatever.

Not Elbow though, they get the perfect slot every time. I don’t know why, but I hope it has nothing to do with the fact Guy Garvey was shown on a BBC broadcast sitting in a BBC trailer having a laugh with Jo Whiley and Fearne Cotton. Surely not…..

POP MUSIC IS STARTING TO TAKE OVER 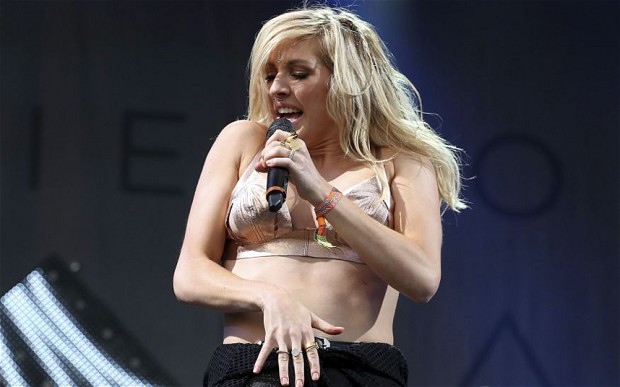 It’s no secret that the average age of Glastonbury-goers has been rising over the last few years – which is probably due to rising ticket costs and the fact they tend to opt for 40 year old headline acts (average age of Arcade Fire, Metallica and Kasabian? 39.6 years). So to start countering that they’ve decided to go a bit V Festival, which means lots of acts the ‘kids’ love these days: Ellie Goulding, Ed Sheeran, Sam Smith, The 1975, John Newman etc…

The result? Proper, quality, exciting bands like Temples, Jagwar Ma, White Lies, The Internet, Public Service Broadcasting, Drenge, Wolf Alice and even the mighty Four Tet not only get pushed down the running order, they get denied the much-needed boost of some prime-time BBC exposure in favour of acts that are already all over the TV and radio.

It’s a worrying trend that is in danger of dragging Glastonbury down to the level of the commercial festivals. It won’t happen overnight, but it will happen eventually if they’re not careful.

GLASTONBURY IS STILL THE BEST FESTIVAL AROUND

Despite the BBC presenters’ best attempts at ruining the magic of Glastonbury, you can’t deny it beats every other festival hands-down when it comes to the diversity of acts and the atmosphere of the place. It’s a credit to the UK that we have been able to keep such an event going strong after all this time, and an achievement the Eavis’ in particular should be immensely proud of.

My criticisms boil down to just a few key points:

What did you think of Glastonbury 2014? Join the discussion in the comments below…