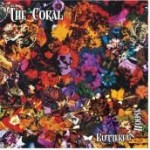 Now a five-piece, the Wirral boys are back with a new album.  But after their recent greatest hits album, have they got anything new to offer?…

Make a well-received first album that hints of future glory, consolidate your sound – and fan base- with your second album and then develop into a full-on arena rock band with your more expansive and confident third album.  It’s a tried and tested record label tactic designed to take bands from the pages of Myspace to selling out tours and playing festivals as soon as possible.  The problem is, most bands end up alienating their fans and end up back in the rat-race.

The other option is to not chase the glory and fame and stick to what you know.  Maintain a smaller, but more enthusiastic, fan base and quietly go about your business releasing albums without ever leaving your comfort zone.   The problem with this particular career plan is that inevitably the music begins to suffer as the band gets stuck in a rut.  And this is exactly where we find The Coral in 2010.

Now on their sixth studio album, The Coral seem to be well set in their ways and not interested in challenging themselves or pushing any boundaries.  Not that Butterfly House is a bad album.  Far from it in fact.  ‘More Than a Lover’, ‘Butterfly House’, ‘She’s Comin’ Around’ and ‘North Parade’ show that The Coral are still masters at writing beautiful, lilting songs full of infectious pop hooks and melodies.   It’s just that there doesn’t seem to be anything here that we haven’t heard them do before.

Although most of their back catalogue betrays their heavy 60’s influence, with ‘Butterfly House’ they seem to have pushed the 60’s boat out completely.  What’s missing, though, is the subtle dark undercurrent that was present in their earlier work.  In its place is full on flower-power pop that sounds distinctly unoriginal.

By no means a bad album – ‘More Than a Lover’ and ‘She’s Comin’ Around’ stand out as two of their best pop songs – but this is more a record to please their fans, rather than win new ones.  And you get the impression that doesn’t bother The Coral one bit.