The Strokes new album out in a ‘few months’ 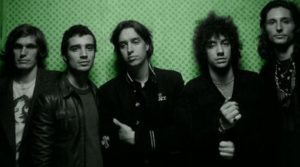 The Strokes have finally finished recording their new album, and plan to release it in the next few months – according to front-man Julian Casablancas.  The singer reported the news on his Twitter page, stating the album is “still not going to be out for a few months – mixing etc, but JUST finally finished it yesterday actually!”

The recording sessions for the new Strokes album have been hampered by rumours of disagreements within the band – with some sources suggesting the New Yorkers were on the verge of splitting.

Casablancas’ confirmation that their as yet untitled fourth album is nearing completion, however, should put an end to such rumours – for now!