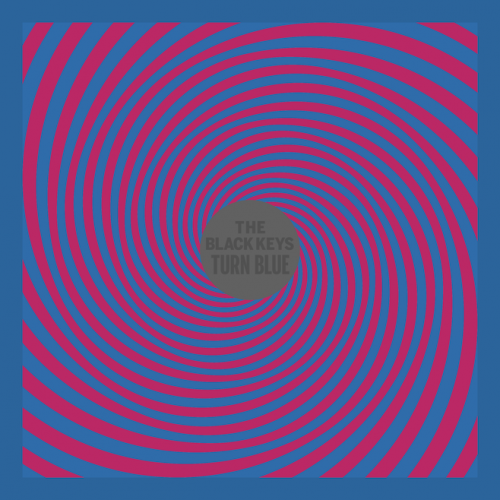 Who are The Black Keys?

They are the American garage-blues-rock duo comprising of childhood friends Dan Auerbach (vocals/guitar) and Patrick Carney (drums). They have been recording sweet bluesy-rock music together as The Black Keys since debut album The Big Come Up back in 2002. They didn’t really achieve ‘mainstream attention’ until 2008 album Attack & Release, and have since gone on to have two platinum-selling, Grammy-winning albums: Brothers (2010) and El Camino (2011).

As well as his work in The Black Keys, Dan Auerbach is also carving out quite a name for himself as a producer – most recently helping out with Lana Del Rey’s upcoming Ultraviolence album.

What do I need to know about Turn Blue?

As you’ve probably already guessed, The Black Keys are pretty prolific when it comes to laying down albums. Turn Blue is their eighth studio album in twelve years, although the three-year gap since El Camino is the longest they’ve ever taken to release a new album. The delay is probably to be expected – massively popular albums like El Camino tend to require extensive worldwide touring, plus demand for Auerbach and Carney’s production skills have also increased in recent years – but the delay does feel significant…

Is it any good?

In parts it’s very good. As a whole though, it’s lacking a certain something – spark, character – call it what you will, for me Turn Blue doesn’t really engage or involve the listener.

The delay in recording feels significant because, compared with previous albums, this one marks a definite shift in The Black Keys sound. The ‘White-Stripes-copyists’ tag that has dogged their previous efforts is well and truly laid to rest on Turn Blue, with the album dealing much more in the abstract – in terms of song structure as well as lyrics – than the more straightforward blues-rock approach.

Album opener ‘Weight Of Love’ is a great example. The lightly strummed guitar intro is reminiscent of Pink Floyd’s ‘Breathe’ before it grows into something a little more noodly and reverb-soaked, suggesting the duo have been listening to more Tame Impala than The White Stripes recently.

The striking thing about Turn Blue is the range of different influences and musical styles going on. The title track is sultry enough to have been included on Lana Del Rey’s new album, ‘Bullet In The Brain‘ combines cosmic psychrock with blues structures to devastating effect, ’10 Lovers’ boasts a disco-bassline that can only really be accurately described as funky (Auerbach’s Bee Gee’s aping falsetto is a high point!) and the prog-rock outro of ‘In Our Prime’ adds an extra layer of depth.

The duo have done well to rein in all of these influences and produce a cohesive album that always sounds like The Black Keys, but in doing so they’ve lost a little bit of the spark that made their last two albums so memorable.

It’s still a very good album, though, and it seems destined to propel The Black Keys to greater heights – particularly in the arenas and festivals.